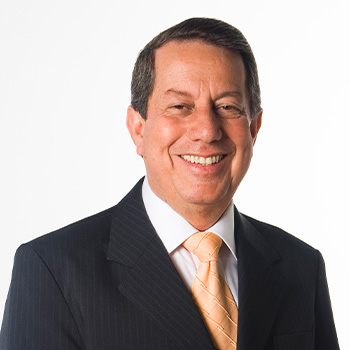 R.R. Soares, your TV pastor, was the first preacher of the Gospel to use the Brazilian television to talk about the love of God. He has been bringing to his generation the message of the true faith. At 20 years of age when he was about to go to Moscow to study Medicine, the Lord called him to His ministry saying: “with my power you will be able to heal more people than you ever could as a doctor and you will bring these people to heaven.” Since then, he has been travelling the entire world talking about the love of God. His television show Show da Fé is currently watched by millions of people not only in Brazil but in many other countries as well. He says: “what impresses me the most is the need that the people have of knowing the Truth. This is why I dedicate myself to make my generation know Him, the creator of all things, and with this make millions be healed, freed and blessed.”